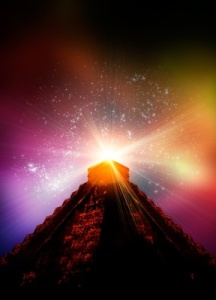 John Gurney is a fiction writer who uses his imagination and his computer to find fabulous locations–some of which he has actually visited. In Part 1, John discussed how he chose the Museo Trotsky to set a scene in his novel. In Part 2, John talked about how to add specifics when you haven’t visited a location in 3D.

I mapped out the entire Trotsky scene:  the approach streets, where the entourage is dropped off, characters walking the sidewalk, and all the action inside the Museo.  It’s a walled compound centered on the fortified Trotsky house.  Which dovetailed nicely with a literary parallelism on Darisma’s cloistered existence.  I used a Museo floorplan, snared from the internet, to help me guide the characters, assisting with the scene’s timing and background details.

The study looked like August 20, 1940.  We now knew Trotsky was murdered by a Spanish Stalinist.  Everything was kept as it was that moment.  The old study was unremarkable, filled with books, papers, typewriter and magnifying glass, except that he was killed there with an ice axe.

“¿Piqueta?” Darisma’s eyes lit up like she was offered chocolate.  She took both arms and pretended to lift a heavy axe, straining to raise it over her head.  She teetered under its imaginary weight and thrust it into the back of my head.  I feigned a fall.

Even if you write a purely fictional scene in an imagined town, I recommend drawing it out on paper.  Any complicated scene, especially chase sequences and violent climactic scenes, will read better if the reader has a solid sense of place.  Map out where the bad guys stand when your fearless hero knocks them out, one by one.  You’re less likely to contradict yourself to readers (‘wasn’t the doorway on the left before?’) and, knowing your spatial details, you’ll write with more confidence.  The little facts your Internet search finds might stimulate your imagination, too.  I concocted light-hearted conversation based on an event shown on the web:

In front of flyers for Cineclub Trotsky showings of Leftist films, Darisma laughed.  “Look, there Super-Size Me movie, next to Super-Size American!”

I chuckled.  “That’s Michael Moore, mucho fries made him Sicko.”

One Response to “Guest Blogger John Gurney: Setting a Scene…Without Being There Part 3”