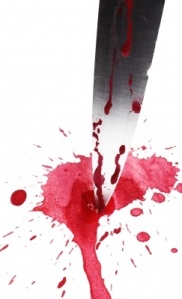 One bright spot in last week’s writing disaster (The Grass is Always Greener Part 1 and Part 2) was that I felt drawn to a new character: Calvin Zetlin Swan, known as “Zee” to his friends. He’s a new character in my third book, tentatively titled My Boy Death.

I created him to kill him off. He was going to be the dead body that Paulette finds in the bathroom of her new employer. P has bad luck when it comes to jobs, as she’s always finding dead co-workers under foot.

The problem was that Zee didn’t go for it. He kept saying funny things and needling Paulette because he used to be her student. He made her feel uncomfortable, and an uncomfortable heroine is an interesting one.

Before long, Zee convinced me that he was more than just a walk-on character. He had the makings of a series regular.

He was young and funny and could rattle Paulette at will. In other words, he was fiction GOLD.

Now, if I try to talk about Zee with normal people (you know, people who don’t write fiction), they might look at me as if I was sporting two heads, especially when I claim that he took over. Because, of course, I’m talking about him as if he exists…out here in 3-D…like you and me.

That’s the issue: he does exist…to me. He’s as real as anyone I’ve ever met although he lives in my mind. And, like Athena, he jumped right out of my brain and into my fiction.

Gene Roddenberry, the creator of Star Trek, is famously supposed to have said that his character Spock took over in a similar fashion. It’s an occupational hazard for writers. Only, it’s a happy coincidence.

Some of the best days of my writing life have been spent with characters who tell me what to do. Paulette herself is one of them, and I’ve been “living” with her for twenty-odd years.

How about you writer types? Have you “lived” with a character with good or bad or funny results? Please share!

One Response to “The Murderee Du Jour: When Characters Take Over”